Home
Back to antiques

Fruit of trade between Portuguese and Dutch merchants with Japanese artisans, the so-called “namban” lacquers (barbarians of the South in Japanese) are rare pieces produced between 1580 and 1620. The shape of the objects is European while the lacquered decorations use Japanese techniques with mother-of-pearl and shagreen inlays adorning gold-painted decorations. Rare and precious objects, they bear witness to the exchanges between two civilizations thousands of kilometers away, less than a century after the discovery of America. 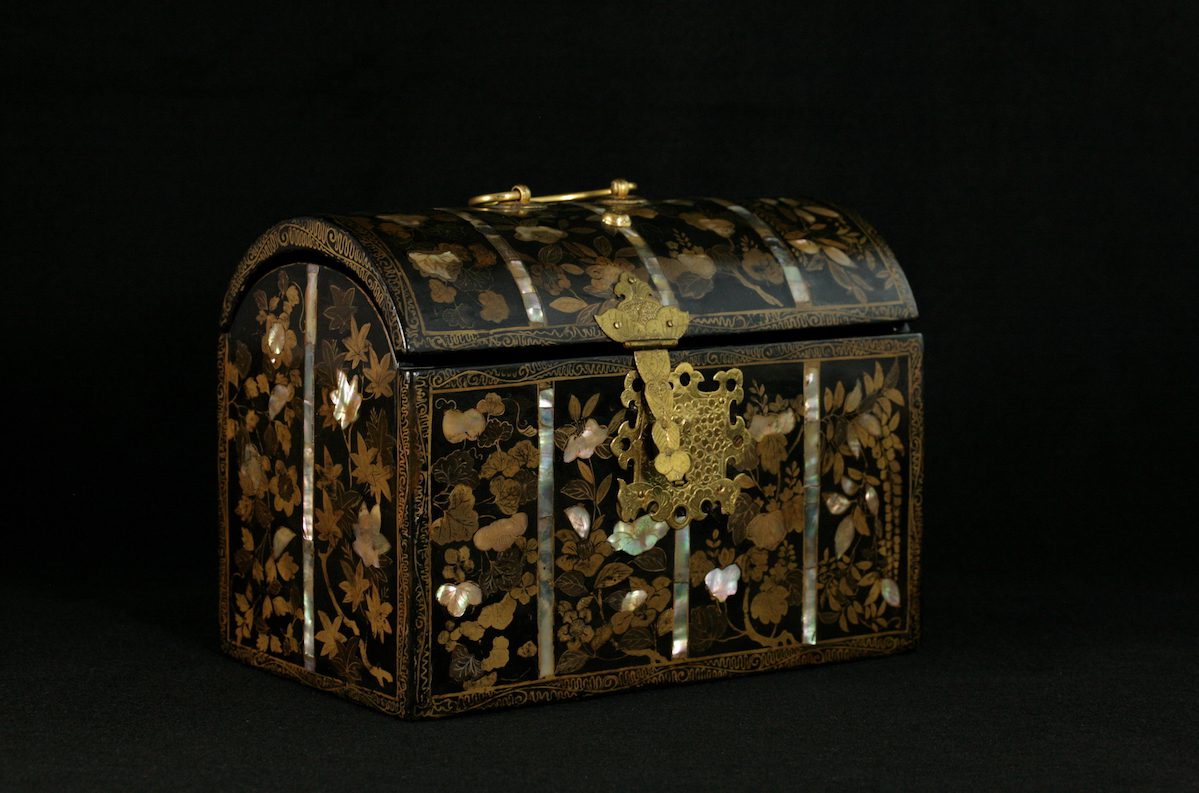 Box inlaid with mother-of-pearl and covered with shagreen 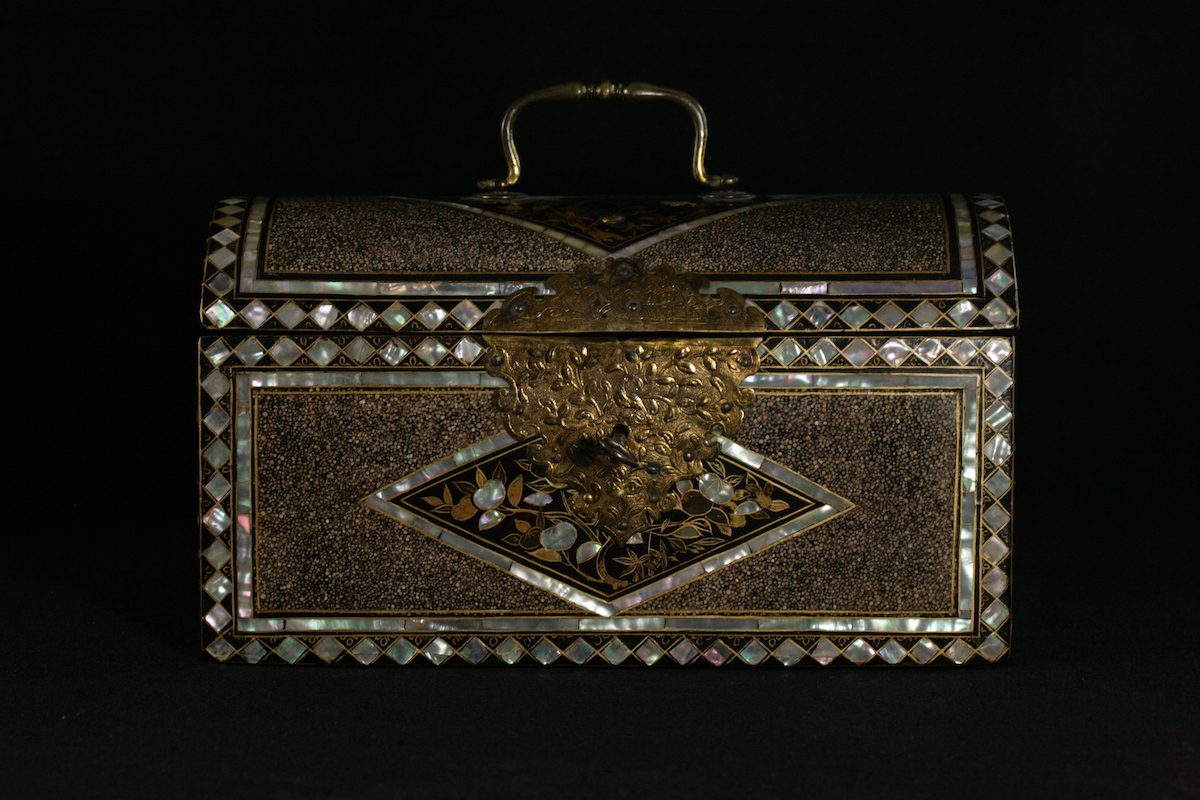 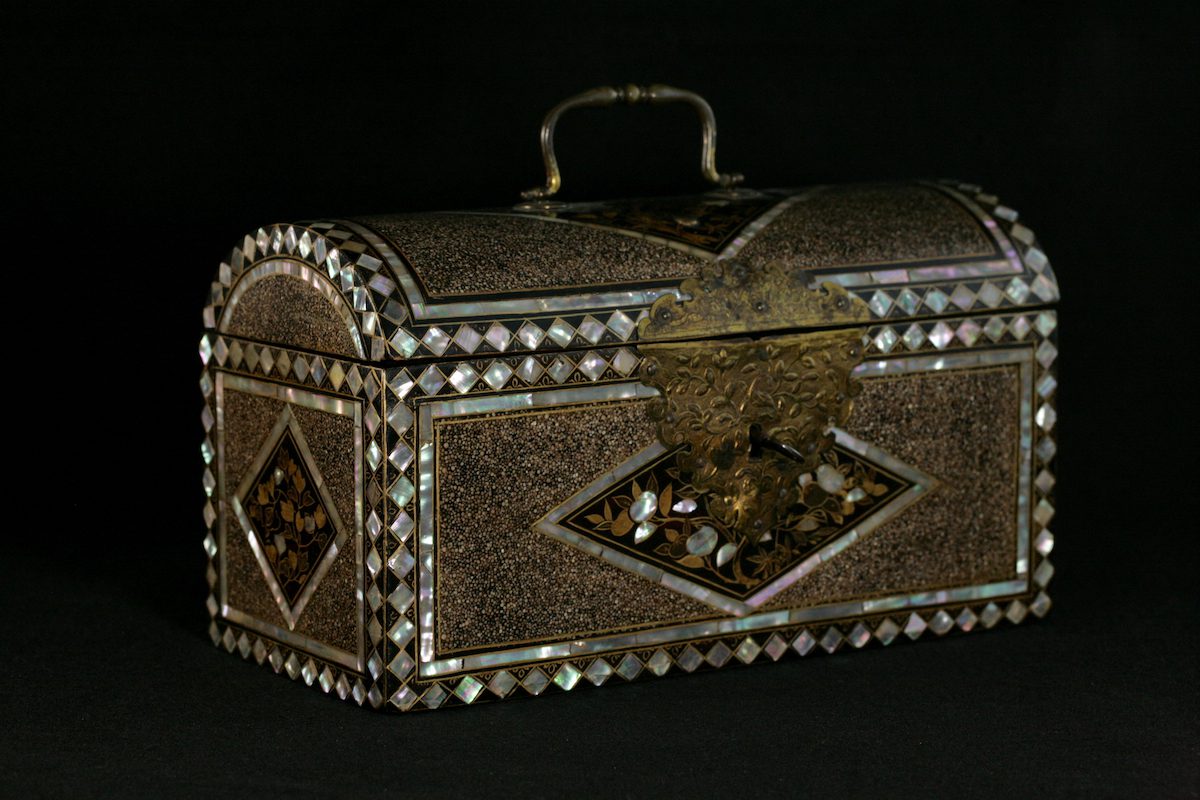 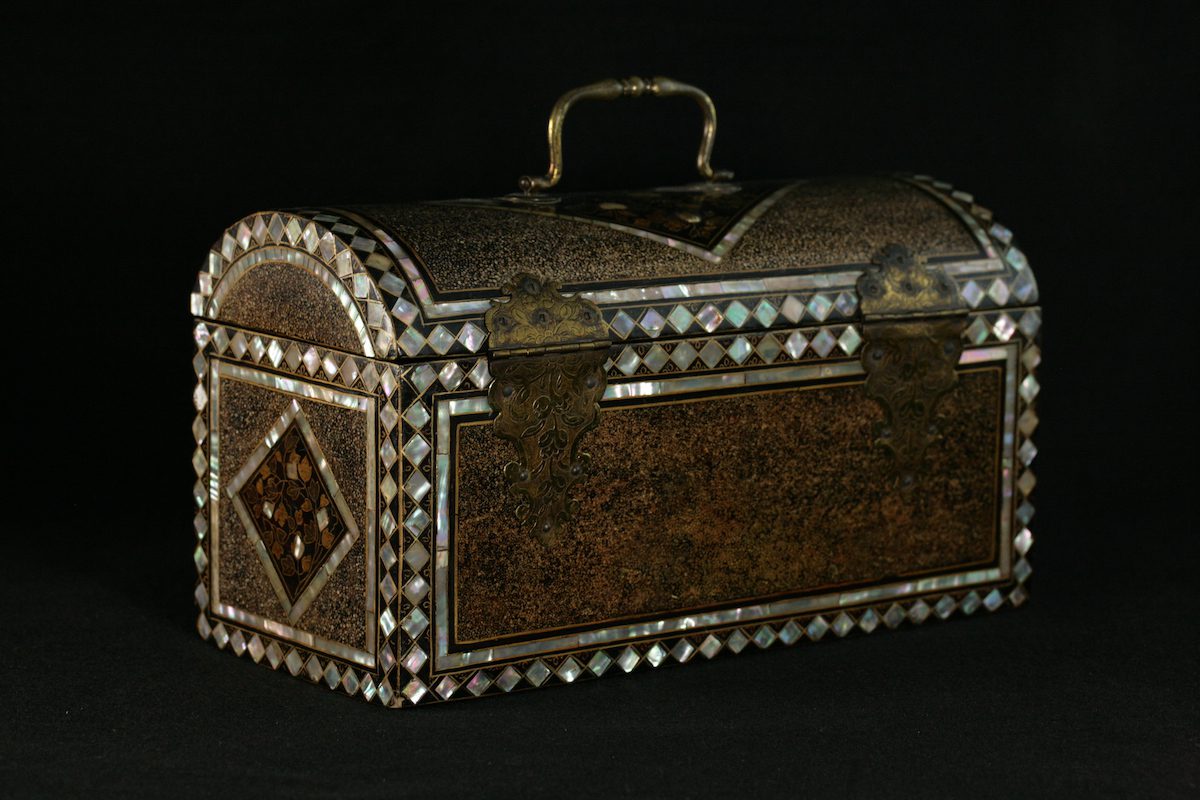 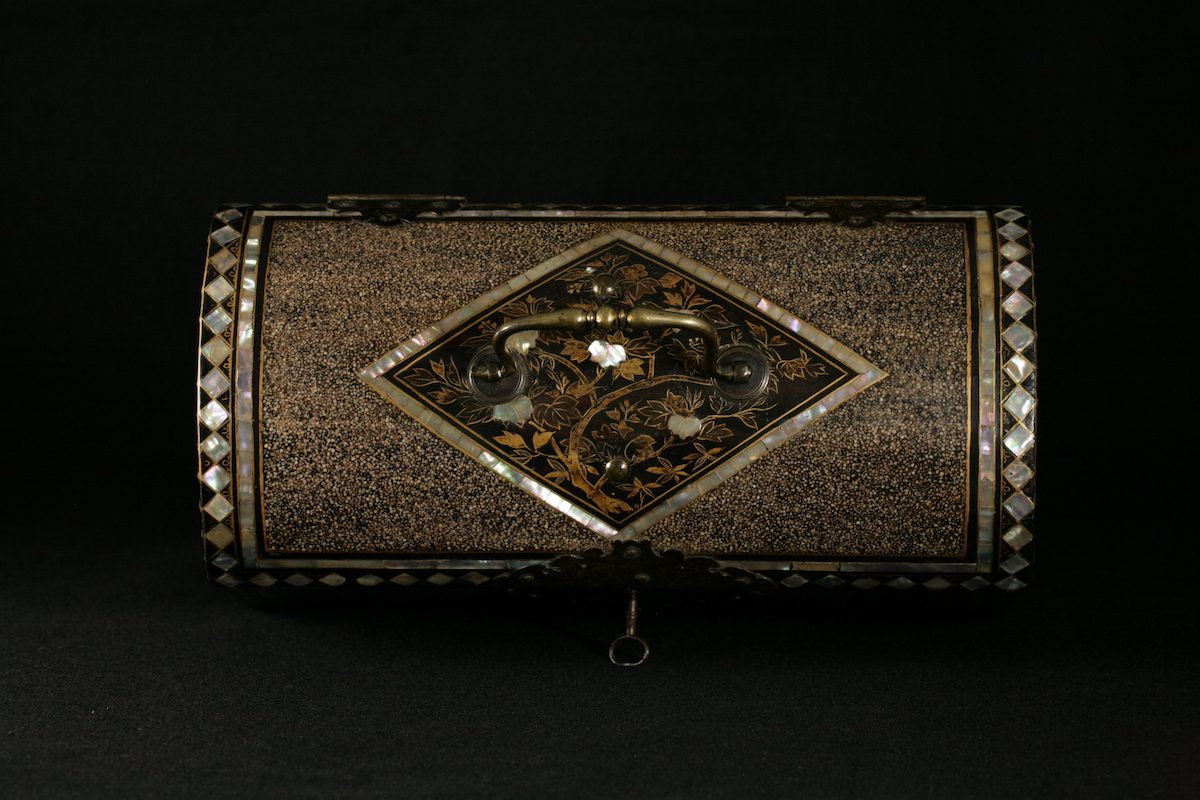 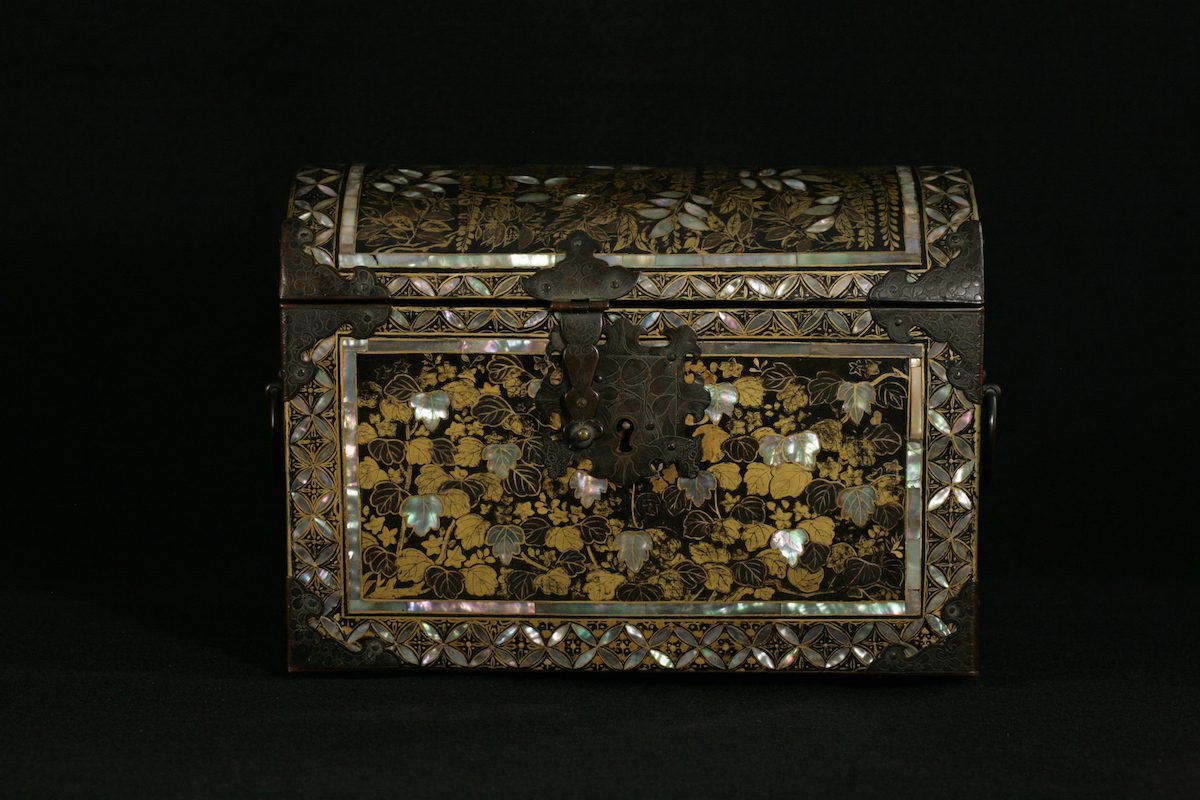